The defence of Australia requires a new force posture review 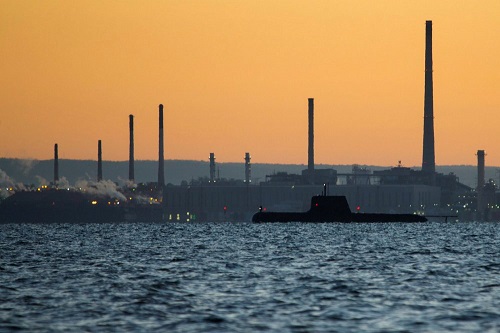 The strategic and capability judgements outlined in the Australian government’s 2020 defence strategic update have superseded the Defence Department’s last force posture review released in 2012. The expectation that the Australian Defence Force will be tasked only with humanitarian assistance, disaster relief, security and stabilisation operations in the immediate region is no longer sound guidance for defence planning.

Australia’s strategic environment has rapidly deteriorated in the past two years. At the launch of the update in July 2020, Prime Minister Scott Morrison said that Australia was confronting ‘one of the most challenging times we have known since the 1930s and the early 1940s’.

The update noted that Australia must be able to adjust its military capability and preparedness in response to new challenges posed by major-power competition, coercion, grey-zone activities and accelerating regional military capabilities. It also tasked the ADF to be prepared to respond to the prospect of high-intensity military conflict in the Indo-Pacific, if necessary, with credible force. This outline of Australia’s strategic environment stands in stark contrast to the requirements set out in the now outdated 2012 force posture review.

Despite the importance of force posture to the nation’s defence and the obvious differences in the strategic environment between 2012 and 2022, the Australian government is yet to commit to a formal reconsideration of the ADF’s posture. The government must urgently follow through on the 2020 update with a new force posture review to bridge the departmental and jurisdictional silos that place clear limitations on defence planning in a time of heightened uncertainty. Specifically, it must focus attention on the growing strategic need to defend Australia’s extensive maritime approaches.

There are cogent reasons why the government should concentrate on the effective control and defence of the northwest of Australia. Home to three of Australia’s six basins available for offshore oil and gas exploration and our largest producers of hydrocarbons, this region is on Australia’s frontline of great-power competition. In 2019–20, Western Australia’s offshore petroleum industry produced 80% of the national output of crude oil and condensate and 13% of global liquefied natural gas volumes.

As Canberra’s relationship with Beijing remains strained and strategic competition between China and the US and its allies intensifies, these shipping lanes should be regarded as critical vulnerabilities in existing supply chains as well as those for renewable export opportunities such as hydrogen. Though the possibility of a direct attack is remote, the protection of sea lanes and maritime transit to and from Australian territorial waters was not canvassed in the 2020 update.

Critically, these shipping lanes and Australia’s northwestern oil and gas fields are within striking distance of the Chinese military. This highlights both the vulnerability of key shipping lanes that transit the eastern Indian Ocean and the criticality of commercial trade routes from ports in northwest Western Australia to key Indo-Pacific trading partners.

A recent report from the Australian Naval Institute and UNSW Canberra’s Naval Studies Group concluded that Australia is not well positioned to defend its trade and essential sea supply routes in a contested environment. It’s only prudent to reassess these issues, particularly as no comprehensive plans exist to protect merchant shipping in Australian waters or its port precincts. A new force posture review should address ADF disadvantages in its preparedness for a prolonged conflict in the defence of our sovereign territory, offshore resources and maritime areas.

The practical implications of not having an up-to-date force posture investment program are evident in the problematic progress of upgrades to airfield facilities in Australia’s Indian Ocean territories. Current force posture initiatives to accommodate the P-8A Poseidon surveillance and response aircraft, the MQ-4C Triton autonomous maritime patrol aircraft and the MC-55A Peregrine electronic warfare plane have the potential to produce inconsistent outcomes.

Despite commonalities between these aircraft, upgrades to the airfield in the Cocos (Keeling) Islands under Defence Project 8219 to support P-8A Poseidon operations don’t necessarily harmonise with the AIR 7000 Phase 1B project to support MQ-4C Triton operations. Also unclear is whether the various works proposed by AIR 555 Phase 1 to support the 2025 introduction of the MC-55A Peregrine forward operating base in the same location will indirectly enable this capability.

While Defence has made some commendable progress towards improving strategically important mainland and offshore ADF bases in the north and northwest, the siloing of these projects highlights the ongoing infrastructural, operational and strategic risks for the ADF operating without an up-to-date force posture directive.

Planned and coordinated upgrades to facilities like those on the Cocos (Keeling) Islands, driven by a new force posture review, could effectively support new and innovative military exercises akin to AUSINDEX and the Pitch Black, Malabar and Indo-Pacific Endeavour deployments. This could also include new force posture initiatives outlined in the 2021 AUSMIN communiqué such as the rotational deployment of all types of US aircraft in Australia and appropriate aircraft training and exercises, as well as efforts to increase the logistics and sustainment capabilities of US surface vessels and submarines in Australia.

The ADF’s level of preparedness to defend Australia’s northwestern maritime approaches is likely to be tested in coming years. The challenges of major-power competition, coercion and military modernisation require a new force posture review that addresses the inconsistencies in Australia’s force posture initiatives and reinforces the economic importance of the northwest to Australia’s security and sustainment in a rapidly deteriorating strategic environment.