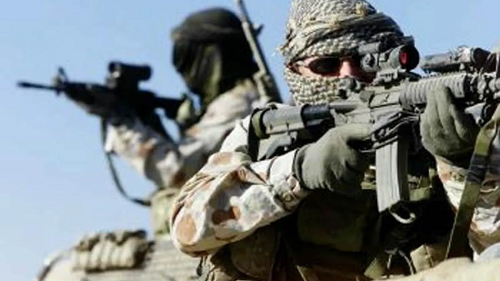 Australia's elite special forces will gain new cutting-edge body armour, weapons, and parachuting and climbing systems as part of a $3 billion investment from the federal government.

Prime Minister Scott Morrison will announce on Monday the approval the first stage of Project GREYFIN, which will provide the first $500 million of the multibillion-dollar spend over two decades.

Mr Morrison said the funding would ensure special forces, which include the commando and SAS regiments, can better respond to threats, including terrorism.

"I've always said keeping Australians safe is my government's No.1 priority," Mr Morrison said. "That's why we're ensuring the men and women in our special forces have the equipment and training they need to succeed in their operations.

Mr Morrison said as global threats continued to evolve, the funding would ensure special forces had cutting-edge capabilities "to stay ahead of those who might threaten Australia's interests".

The boost to defence spending presents significant opportunities for Australian industry as the government continues to push small-to-large enterprises onto the world export markets.

The investment coincides with a $200 billion injection into Australia's military capabilities over the next decade – the nation's biggest peacetime investment in defence – as the government aims to restore spending to 2 per cent of GDP.

The need for more investment in special operations capabilities was outlined in the 2016 Defence White Paper.

"Our special forces, now more than ever, need to be ready and able to deploy on operations anywhere in the world, at short notice, and in very uncertain conditions," Senator Reynolds said.

"This first stage of funding enables our special forces to engage with intelligence, science and technology, and innovation organisations to ensure future threats and opportunities are assessed, to make sure we are delivering them the capability they need in the future."