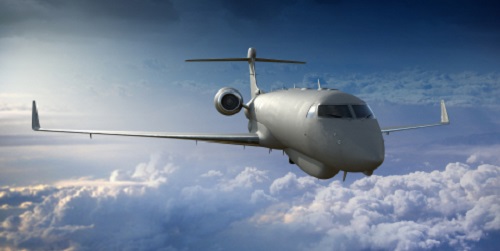 L3 Technologies announced today that it has been awarded a prime contract with an estimated value of more than $1 billion to deliver four aircraft with next-generation airborne electronic warfare (EW) capability to the Royal Australian Air Force (RAAF).

Known as the MC-55A Peregrine, the contract includes four modified Gulfstream G550 aircraft with an integrated mission system that provides the latest EW capabilities. Work on this program was initiated in 2017. Funded orders received on this contract were approximately $230 million for the 2019 first quarter and approximately $700 million in total as of March 29, 2019.

“Our mission solution and electronic warfare capabilities are highly sought-after by our allies,” said Christopher E. Kubasik, L3’s Chairman, Chief Executive Officer and President. “As business jets are increasingly utilized for EW purposes, we have invested in miniaturizing our capabilities to deliver new resources for our customers. Australia is a very important market for L3, and we look forward to a long and productive partnership with the RAAF and the local supplier base in support of the Peregrine program.”

The MC-55A Peregrine will be integrated into the Commonwealth’s joint warfighting networks, providing a critical link between platforms, including the F-35A Joint Strike Fighter, E-7A Wedgetail, EA-18G Growler, Navy surface combatants and amphibious assault ships, and ground assets to support the warfighter.

“This capability will greatly strengthen the RAAF’s goal to becoming a fully networked fifth-generation force and considerably enhance their global effect on peacekeeping and humanitarian operations,” said Jeff Miller, Corporate Senior Vice President and President of L3’s ISR Systems business segment. “It will serve as a critical link between air, land and sea assets to provide airborne electronic warfare support to Commonwealth and allied warfighters in complex operating environments.”

Work is being performed at L3’s Greenville, Texas facility and at Gulfstream in Savannah, Georgia. It will include airframe modifications to accommodate mission systems and secure communications equipment, installation of a self-protection suite, ground-based data processing systems and crew training services.