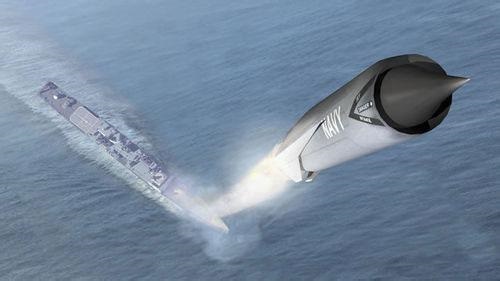 The Australian government is delivering on its commitment to develop high-speed long-range strike capabilities to build a more capable and agile Australian Defence Force (ADF).

“I am pleased to see this agreement come to fruition following my discussions with then Secretary Esper during my visit to the United States in July this year,” Minister Reynolds said.

“At AUSMIN, we acknowledged the unique role of our defence partnership to maintain our competitive edge, and affirmed the value of bilateral collaboration on hypersonics.

“The Morrison Government remains committed to keeping Australians safe, while protecting the nation’s interests in a rapidly changing global environment.

“That’s why we will continue to invest in advanced capabilities to give the ADF more options to deter aggression against Australia’s interests including the $9.3 billion earmarked in the Force Structure Plan 2020 for high-speed long-range strike and missile defence, including hypersonic development, test and evaluation.

“This is part of our unprecedented $270 billion investment in defence capability over the next decade which is creating jobs right across Australia while delivering vital capability for the ADF.

The SCIFiRE Program is based on more than 15 years of collaboration between Australia and the United States on science and technology research into hypersonic scramjets, rocket motors, sensors, and advanced manufacturing materials.

Minister Reynolds said the experiment will culminate in flight demonstrations to show how the weapon performs in operational conditions, which will inform any future acquisitions.

“Developing this game-changing capability with the United States from an early stage is providing opportunities for Australian industry,” Minister Reynolds said.

“Investing in capabilities that deter actions against Australia also benefits our region, our allies and our security partners.

“We remain committed to peace and stability in the region, and an open, inclusive and prosperous Indo-Pacific.”

Mr Michael Kratsios, Acting Under Secretary for Research and Engineering, US Department of Defense, welcomed the new collaboration.

“SCIFiRE is a true testament to the enduring friendship and strong partnership between the United States and Australia,” said Mr Kratsios.

“This initiative will be essential to the future of hypersonic research and development, ensuring the US and our allies lead the world in the advancement of this transformational warfighting capability.”

“We thank the Australian Department of Defence for their shared commitment to this game-changing effort.”

“The SCIFiRE initiative is another opportunity to advance the capabilities in our Air Combat Capability Program to support joint force effects to advance Australia’s security and prosperity,” Air Marshal Hupfeld said.

“Working with our Defence scientists here in Australia and our partners in the US Air Force and across the US Department of Defense on leading edge capabilities brings out the best in our Air Force team.

“We are maximising our learning during development to better define the capabilities and needs as the system matures, and we are gaining insights as we go that will help us integrate it into the future Joint Force.”